Riyadh Schools is managed by a board of directors appointed by Misk Foundation and endorsed by the honorary president. It consists of nine members. The members are not allowed to work in the school during their membership term. The term is determined in the appointment decision or in a separate decision. If a member resigns or leaves his office for any reason, Misk Foundation will take the appropriate decision. The board of directors holds a meeting every six months at least during the academic year. A meeting is considered formal if attended by a majority of members, and decisions are made by a majority vote. The board of directors has full administrative and financial authority to run the school and is fully accountable to Misk Foundation which in turn has the authority to veto the decisions made.

Riyadh Schools for Boys and Girls. 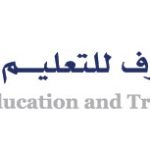